Why is Radha ji worshiped with Lord Krishna not Rukmini? MyKanha.com
The store will not work correctly in the case when cookies are disabled.

Why is Radha ji worshiped with Lord Krishna not Rukmini?

Why is Radha ji worshiped with Lord Krishna not Rukmini?

You might have come across this thought if you are a devotee of Lord Krishna as everywhere we see temples of Radhe Krishna not Rukmini Krishna. In Hinduism, importance is given to one’s action, karma, dharma and its impact rather than on one’s identity. 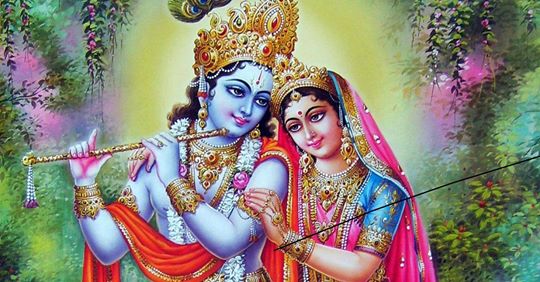 In Rukmini’s case, our mythology has only talked about her identity – Rukmini being the incarnation of Laxmi, it has never highlighted any of her achievements – and for a reason – unlike the births of Sita and Ram whose objectives, besides establishing dharma, were to set examples of ideal wife, husband, mother, ruler and so on, Krishna’s role was to set examples of an ideal lover, devotee, friend, guide, guru and to give mankind the lotus-like words of Gita, and Rukmini’s role was to be his human-consort. One has to understand that this does not imply that she was inferior – it’s just that they incarnated for some specific reasons.

Now to set an example of an ideal lover and a devotee, one needs other side of the coin too, and here comes Radha, an epitome of selfless love, the love which knew no boundaries, no age, no community. It is this devotion which pulled Krishna to play his beautiful flute, and it is the same devotion which drove Radha to the Raas Leela, forgetting her own self. This love, this devotion, this karma, pure as a prayer, a silent meditation, is what makes Radha divine, this is what turns a devotee into God. Radha-Krishna have been a part of poetry, drama and folklore since time immemorial.

So the world worships Radha to celebrate the bond of love and devotion, one of the paths to realize the Truth mentioned in the Gita. Laxmi’s incarnation as Rukmini was supposed to be a silent supporter – very important but less conspicuous. And this was by their own design, their own strategy, and their master plan.

There’s no bias between Radha and Rukmini as why one is only worshipped with Krishna. There are many temples that worship Rukmini with Krishna as Rukmini-Dwarikadhish. The rasa involved is different. But both of them are the internal potency or hladini-shakti (internal potency) of Lord Krishnaand they are meant to worship with Him.

Moreover, Radha and Rukmini are no different and considered as one as confirmed in Skanda Purana sloka:

Means: Rukmini is in Dwaraka what Radha is in the Vrindavan forest.